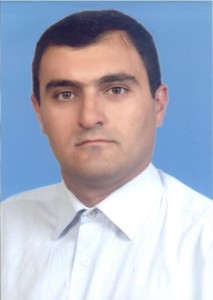 In 2000 graduated ENU of Dahl and was qualified as a mechanical engineer.

From 2000 to 2007 worked at an engineering plant, risen from worker to supervisor.

In 2010 received a Ph.D. in Odessa National Polytechnic University

From 2010 assistant professor of Machine engineering, machine-tools and instruments department.

Author of over 40 scientific and methodical works.